REGISTER NOW Click HERE to pay if you have already registered

This clinical training is designed as a post-graduate internship in the theory and practice of Kampo medicine, the system of traditional Herbal Medicine practiced in Japan. This system offers practitioners familiar with the basics of TCM and other East-Asian theoretical models the opportunity to learn a direct, hands-on, clinical approach to the practice of Herbal prescribing.
The Kampo Internship (K.I.) is composed of two integral components – the classroom and the clinic experience. Each is given equal weight throughout the training, which are offered in 8 distinct intensive modules each offered 4 times per calendar year over a 2-year period. Each module consists of 3 full days of training totalling 24 days in all.

The didactic and clinical portions of the program are comprised of the following four integrated but distinct components:

Kampo, sometimes written Kanpo, literally means “the way of the (Han) Chinese”. It refers to the traditional methods of prescribing herbs developed during the Han dynasty (200 BCE – 220 AD). These early ideas reached Japan by the 6th century and began to be incorporated into medical practice there. They were transmitted, usually via Korea, by Buddhist monks and scholars such as Te Lai (in 459 AD) and Zhi Cong (in 562 AD).
Japan also adopted the Chinese written language at this time and began to incorporate Buddhism, Confucianism, governmental organization and the art of divination and astrology as well as various Martial Arts from mainland China, opening the way for Chinese Healing arts to follow. The first official classes in Chinese Medicine in Japan are said to have been given by a Korean physician in 602 AD by order of the Empress Suiko (reign: 592-628 AD).

There followed a period of fertile medical exchange between China and Japan which lasted until the beginning of the 11th century and was dominated by the Han Dynasty works of Zhang Zhong Jing (c.150-220 AD) and those of the Sui (589-618 AD) and Tang (618-907 AD) dynasties marked by the work of the famous physician Sun Simiao (581-682 AD). The earliest surviving Japanese Herbal text, the Ishimpo, was written in 984 AD by Yasuyori Tamba, and quotes more than 100 Chinese texts from the preceding 4 centuries.

Japan underwent a period of cultural and economic isolation between the end of the 9th century, soon after the publication of the Ishimpo, which lasted until the end of the 14th century. By then, just as China had done during the Jin Yuan period (12th CE), Japan developed distinctive schools of medical thought epitomized by the Goseiha school of Sanki Tashiro (1465-1537), based on the work of Chinese scholar-physicians such as Li Dongyuan (1180-1251) and Zhu Danxi (1281-1358) which focused on the center tonifying and yin-tonifying principles respectively as well as on the 5-phase theory.

Later, the Kohoha school, developed by Todo Yoshimasu (1702-1773), claimed that most disease was caused by an invading toxin, not unlike the other two schools of the Jin Yuan period (Fire-purging and Wind-clearing) and the later treatise of the Wenbing Hiuichun (1587) describing the so-called four levels of disease, written by Gong Tingxian (1522-1619).

Kanpo went into decline with the advent of western influences in medicine and was all but relegated to folklore by the Meiji period (1868-1902). It was only revived in the first half of the 20th century by enthusiastic western-trained doctors who were interested in returning to their classical roots in medicine. Amongst them perhaps the most wellknown, often called the “father of modern Kampo” was Keisastu Otsuka (1900-1980) who was widely published, helped set up the Kitasato Research Institute for Kanpo studies in Tokyo and is perhaps the best-known modern Kanpo practitioner in Japan.

Kampo carries the trade-marks of all traditional Japanese therapeutic systems – an emphasis on palpation (primarily abdominal in the case of Kampo), a diagnostic framework based on early theories from the classics (such as the Nei Jing Su Wen and Ling Shu “Yellow Emperor’s Classic of Internal Medicine” and the Nan Jing “Classic of Difficult Questions”) focusing on 5-Phase theory, Qi, blood & fluid differentiation (which predates zang-fu theory) and the prescribing of classical formulae exclusively taken from the Shang Han Lun (“Treatise on febrile diseases caused by cold”) & its sister text the Jing Gui Yao Lue (“Prescriptions from the Golden Cabinet”), both written in the later Han Dynasty. The unique features of this classical system include:

Please note that the prices below are the registration fees.  If paying online there will be a non-refundable 3% online processing fee added to the amounts listed below.  Check payments do not incur this fee.

For students who have already completed one of the Kampo Certification Series with Nigel Dawes you can retake this series at a reduced registration rate of $4800.00 for the series.

* Returning student rate only applies to those who have completed a Kampo Certification series with Nigel Dawes in the past.

This program will be limited to the first 18 students to complete their registration and payment.

WHO YOU WILL STUDY WITH: 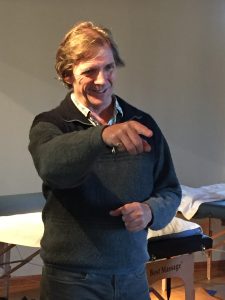 Nigel Dawes M.A., L.Ac. is an internationally renowned teacher and author who has been practicing East Asian Medicine for over 35 years. He has been based in New York for the past 25 years where he runs a private practice in Acupuncture, Shiatsu and Kampo (Sino-Japanese Herbal Medicine).

Educational activities have included founding and directing his own Shiatsu school in London in the late 1980’s, 8 years as Dean at an accredited school of Oriental Medicine in NY after his arrival in the US in 1993, and various educational board and committee appointments within the profession at a national level as well as faculty appointments at NYC schools of East Asian Medicine.

More recently he established the NYC Kampo Institute offering seminars and programs in Traditional Japanese Medicine at the post graduate level, in particular his Kampo Internship program, a 300-hour apprenticeship-style post-graduate training in Sino-Japanese herbal Medicine. This program is offered nationally throughout the US and internationally including in Portugal, Israel and Australia.

He is well-known nationally and internationally for his work on Fukushin – abdominal diagnosis and application in clinical practice – and he is currently finishing a book on the subject. His other publications have included numerous peer reviewed journal articles in the field of East Asian Medicine as well as research papers in medical journals on HIV and Aids treatment with Acupuncture. He is author of 3 books, the most recent of which is a translation of the modern Japanese classic: Kampo: A Clinical Guide to Theory and Practice.

Your cart is empty
Visit The Shop

Your donations to HDHS are tax-deductible and support us in our dedication to the transmission and preservation of traditional medicine worldwide through education, networking, and community outreach.  Donate by choosing an amount below or by visiting our Donation Page.

HDHS would like to help people looking for practitioners of Traditional Medicine Techniques.  We will be generating a list for referrals in the near future.  Contact gretchen@highdeserthari.org to see about adding your information to the list.

If you would also like to receive notifications for our Study Groups (Kampo and Hari) please sign up below.